Queens of the Stone Age, Alice in Chains, A Perfect Circle, Chevelle.

Initially conceived as a three piece before evolving into a quartet, Paper Street struggled for years to find the right combination of players that had the chemistry to create the sound they had envisioned for themselves before finally realizing that vision with the addition of Guitarist Eddie Stock and Drummer Levi Havard.

Being no strangers to the stage, Paper Street is known for their powerfully dynamic, dramatic live performances and are planning a slew of dates to support their debut offering while also hard at work writing for their next release.

Available now on all streaming services! 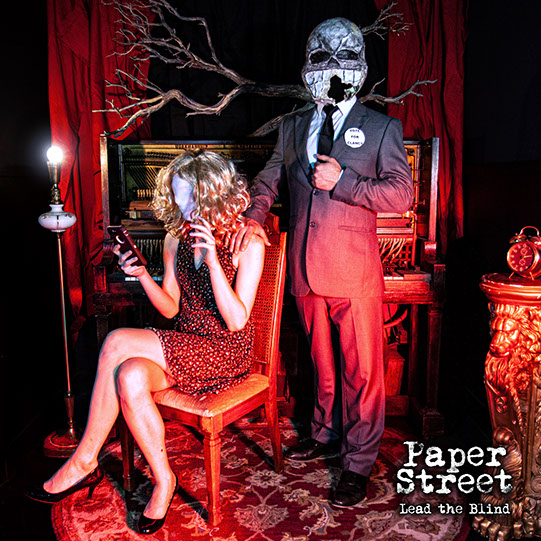 After four years, many tears, and many beers, the band released their debut album ‘Lead the Blind’ in 2020.

‘Lead the Blind’ is a self produced labor of love composed of the band’s cumulative creative energy, enduring through multiple lineup changes, setbacks, and ultimate perseverance.

Featuring a wide array of energy and emotions, 'Lead the Blind’ is a guitar driven tour de force featuring themes that are both topical and self reflective, emotive yet critical, and above all else authentic.

Recorded at Pro Rehearsal Studios and mixed by producer Ryan Scherschell (Secret of Boris, Manifestiv) ‘Lead the Blind’ is available on all streaming platforms as well as compact disc.